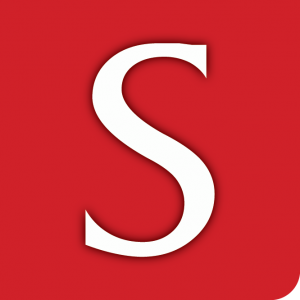 SAFETY
Turf wars between major Mexican drug cartels vying for control of lucrative trade routes to the U.S. as well Mexican narcotic retail markets have sparked a wave of drug-related violence in some areas of Mexico and, during flare-ups, this creates a flow of dramatic news headlines. According to statistics released by the Bank of Mexico, over 25 million foreigners visit Mexico for business and leisure trips (if you count the number of land-crossings—most of which remain within the border ‘free’ zones—the total number of foreign visits increases to over 80 million). The majority of visits to Mexico remain trouble-free and the violence brought about by the ongoing drug-cartel situation has left tourists, foreign business visitors, foreign residents, and most Mexicans largely unaffected.
Mexperience: Safety in Mexico

SALES TAX
Sales tax in Mexico is known as IVA, Impuesto al Valor Agregado, or Value Added Tax (VAT). The sales tax rate is 16% for the entire country after tax reforms in January 2014 did away with the lower 11% rate along the US-Mexico border. Most goods and services, including financial service charges and commissions (includes interest on unsecured debts) have the 16% VAT rate applied to them. Notable items exempt from the IVA include staple foods, and medicines.
Mexperience: Mexico Facts and Figures

SALSAS
Salsa means ‘sauce’ in Spanish, derived from the Latin sal – salty or savory – and in Mexico, it’s often the accompanying salsa which brings color and the nuances of flavor to each dish. The abundance of local fresh fruits, vegetables, herbs, spices, and chiles, combined with Mexicans’ expertise in delicious hand-made blends, make salsas here richer and tastier than anything you can buy pre-packaged.
See Also: Mexican Food

SAN FELIPE
This once sleepy fishing village has emerged as one of Mexico’s fastest-growing resort and planned residential community towns, particularly popular with foreign residents seeking a place for retirement or to purchase a vacation home. San Felipe is located about 125 miles south of Mexicali.
Mexperience: San Felipe
See Also: Beaches

SAN JUAN CHAMULA
The Chamulas have always been a fiercely independent people. As part of the Tzotzil community, they resisted the Spanish upon their arrival in 1524 and later staged a famous rebellion in 1869, attacking the nearby colonial settlement of San Cristóbal. The small town is a key attraction as part of a tour of local villages around San Cristóbal and is best experienced with the help of a local tour guide.
Mexperience: San Juan Chamula
See Also: Colonial Cities

SAN LUIS POTOSÍ
San Luis Potosi is the capital city of the State; it’s a thriving city, and one of Mexico’s historically significant places—much of Mexico’s formative history revolves around it and this region. Like the other ‘Silver Cities’ in this region, San Luis Potosi’s wealth was derived from the silver mines in the area. The city’s elegant colonial center has been well preserved and remains true to its roots.
Mexperience: San Luis Potosi
Online: San Luis Potosi State (Wikipedia)
See Also: Colonial Cities, Silver

SAN MIGUEL DE ALLENDE
Over the last two decades San Miguel de Allende—once a quiet, quaint, cobble-lined town that developed a following among artists in the 1950s—has exploded in popularity with tourists visiting Mexico’s colonial heartland and foreign residents who have chosen to live (full-time or part-time) in Mexico. The overall feel is still colonial and bohemian, but the town is alive with activity and growth which also makes it an exciting place to be. The town is known for its fine hotels and B&Bs, quaint restaurants, art galleries, and fine boutique shops purveying a wide assortment of articles from arts and crafts, to fine clothes and jewelry.
Mexperience: San Miguel de Allende
See Also: Colonial Cities

SCHOOLS
People who move to Mexico with school-age children will have to find adequate schools. There is no lack of private schools in Mexico, although the number of bilingual or bi-cultural schools is limited. The choice of schools is greater in the larger cities, although the time it takes for traveling in traffic can be a limiting factor in choosing a school, reducing the options to those in reasonable proximity to home. Newcomers can choose an area to live that has convenient access to the school they want their children to attend, or conversely, pick a school among those in the area of the city where they live.
Mexperience: Schools & Education
See Also: Society & Culture

SEA TURTLES
Sea turtles land on Mexico’s beaches every year to lay eggs in the sand. Although human poachers (in addition to natural predators) have been a threat to the survival of the turtles, Mexico now runs a number of programs to protect these remarkable testudines and there’s also an opportunity to see the turtles during the breeding season.
Mexperience: Sea Turtles
See Also: Outdoors Activities

SILVER
Silver has a long history of being valued as a precious metal. It has been used through the ages as a form of currency and today is used in medicines and science as well as being a precious commodity sought by some investors. The Spanish mined many tons of Silver from Mexican mountains during the colonial era, and even today Mexico remains one of the world’s largest producers of silver. Mexico’s colonial ‘silver cities’ earned their wealth from the silver mining heydays of the 17th and 18th centuries.
Mexperience: Silver, Silver Cities
Online: Mexico’s Silver Mines (Wikipedia)
See Also: Colonial Cities

SINALOA (STATE)
The Mexican State of Sinaloa is situated in northwestern Mexico; it’s western border runs along the shoreline of the Gulf of California and Mexico’s Pacific. The capital city is Culiacán. Two important cities in the State include Mazatlán, a popular tourist resort with Mexicans and foreign visitors, and Los Mochis which is the western terminus of the famous Copper Canyon train line. In recent years Mazatlán has also become a popular location for foreign residents seeking an ocean-side place to live in Mexico.
Mexperience: Mazatlan, Copper Canyon
Online: Sinaloa State (Wikipedia)

SOCCER
Soccer was introduced to Mexicans by English tin miners from Cornwall, when they came to Mexico to work the mines in the State of Hidalgo during the 19th century. It has since become the country’s national sport.
Mexperience: Soccer
Online: Mexico’s National Soccer Team (Wikipedia)

SOCIAL SECURITY
Mexico’s social security system is called the Instituto Mexicano de Seguro Social, often seen abbreviated as IMSS. Mexico’s social security system is free at the point of delivery for Mexicans as well as foreign nationals with residency status who are in full-time employment by a company registered in the IMSS system (payroll taxes cover healthcare). Foreigners resident in Mexico who are not working (e.g. retirees) or not working for company enrolled in IMSS may elect to purchase the IMSS health insurance separately for a modest monthly fee.
Mexperience: Mexican Social Security
See Also: Healthcare

SOCIETY & CULTURE
The culture you’ll experience in Mexico is a reflection the country’s multifaceted history which stretches back to the cradles of human civilization, and a gradual blending of indigenous cultures with immigrant cultures—especially since the 16th century. As in most other cultures, influences include ancestry, gender, language, spirituality, social roots, climate, and geography.
Mexperience: Society & Culture

SONORA (STATE)
The Mexican State of Sonora is situated on the northwestern edge Mexico’s mainland; its western border runs along the shores of the Gulf of California. Its capital city is Hermosillo. Sonora’s northern border is shared with the US States of Arizona and New Mexico. Tourism and agriculture are the mainstays of the State’s economy. Sonora is the only Mexican State that does not observe Daylight Saving Time (DST) to keep its clocks synchronized with its northern neighbor, Arizona, that does not observe DST in the US.
Online: Sonora State (Wikipedia)

SPAS
Modern Spas in Mexico offer a wealth and variety of services that will help you to re-establish a sense of balance and well-being, helping you to feel refreshed and revived. There are different types of spa, which are described on the Mexperience guides. Whichever kind of spa you choose, they will all have a common goal: to help you re-balance yourself, revitalize your mind and body, and to give you a sense of wellness. Consider a spa experience if you want a different kind of vacation in Mexico, or if you want part of your vacation to include a time for relaxing, reflection, or revitalization.
Mexperience: Spas in Mexico

SUMIDERO CANYON
A few miles east of Tuxtla Gutierrez is the spectacular Cañon Sumidero, (Sumidero Canyon) created by the mighty Rio Grijalva which runs northwards through it. Before the completion of the hydroelectric dam here, the canyon’s walls were even higher than they are now, and the waters running through they canyon were unnavigable. When the river was dammed, the water levels rose dramatically, creating an extremely deep and serene river which tour boats and taxi boats navigate with ease. The Chicoasen hydroelectric dam opened in 1981, is now one of Mexico’s most important sources of electric power. Travel to one of the Miradores (vantage points) if you want to get a bird’s-eye view of the canyon; but if you really want to experience it properly, take a boat ride. The most common embarkation point is at Chiapa de Corzo, a short drive from Tuxtla Gutierrez.
Mexperience: Sumidero Canyon, Chiapa de Corzo
See Also: Outdoors Activities, Chiapas

SWIMMING POOLS
On a hot, sultry afternoon there is nothing quite like having a swimming pool in your garden to jump into for refreshment. The convenience and intimacy of a private pool are often sought after by home-buyers and extolled by vendors. Property maintenance costs in Mexico are lower than the U.S., and with some foresight and planning, you can ensure your home’s pool gives you and your family years of refreshing enjoyment.
Mexperience: Swimming Pools
See Also: Real Estate