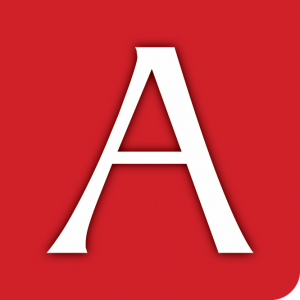 ACAPULCO
This celebrity resort is known as the ‘Pearl of the Pacific’, and is one of the most visited vacation spots in Mexico. It is famous worldwide, and although the jet-set and contemporary resorts have moved further down the coast to the new Diamante area of town, Acapulco still retains its original character, charm, and atmosphere that has made it a world-famous resort destination for decades.
Mexperience: Acapulco

AGUINALDO
When the festive-season holiday approaches, workers in Mexico look forward to their annual Christmas bonus, known as el Aguinaldo.
Mexperience: The Christmas Aguinaldo in Mexico

AIR POLLUTION
In the winter months, especially between December and March, the air pollution in Mexico City can reach high levels and make it very uncomfortable to breathe in the capital. Air pollution levels in the capital can remain raised until the late spring, in May or June, when the rain season arrives and clears the air.
Mexperience: Travel Health Guide (Air Pollution)
See Also: Altitude Sickness

AIR TRAVEL
Mexico has a well-developed and extensive network of airports and airline companies. With nearly two million square kilometers of territory, flying across Mexico is sometimes a better alternative to ground transport, as it can take many hours—or days—to travel the long distances by car or bus.
Mexperience: Air Travel in Mexico

ALAMOS
Alamos is one of Mexico’s colonial cities situated in northwestern Mexico. Alamos’s wealth was built on the significant lodes of silver that lay beneath the ground here.
Mexperience: Guide to Alamos
See Also: Colonial Cities

ALTITUDE
Many good places to live in Mexico are situated at high altitudes. Heights of 5,000 to 7,000 feet above sea level are not unusual for cities in Mexico’s colonial heartland as well as those in the southern states of Oaxaca and Chiapas. Mexico City and Guadalajara are also cities situated at altitude.
Mexperience: Breathing Easy at High Altitudes

ALTITUDE SICKNESS
Altitude sickness is not something people typically think of when visiting or living in Mexico. While altitude can become a significant issue for a small few people, for most it’s a matter of allowing some time to acclimatize.
Mexperience: Living at Altitude in Mexico
See Also: Healthcare

APP CABS
Smartphones are beginning to change the way that people book cabs in cities across Mexico. App-Cabs, offered through firms like Uber, Cabify, and Lyft offer customers the ability to book a cab using their smartphone, agree a price and time for pick-up.
Mexperience: App Taxi Services
See Also: Taxis

ARCHAEOLOGY
The archaeological remains of Mexico’s ancient civilizations enable visitors and residents to get insights about how our ancestors lived. Come and walk in the footsteps of the Aztecs, the Maya, the Zapotecs, Toltecs, and other ancient civilizations at one or more of Mexico’s intriguing archaeological sites.
Mexperience: Archaeology in Mexico
See Also: History

ARTWORK
Mexican visual arts have a long and rich history dating back to the pre-Columbian era, through the Spanish colonial period, the muralist period which took-off during the early part of the 20th century, to modern day contemporary Mexican arts which are respected around the world.
Mexperience: Mexican Art
Online: Mexican Visual Arts (Wikipedia)

ASSISTED LIVING
With costs for long-term care in the US running between $3,000 and $7,000 dollars per month, many Americans might not be able to afford the care they need when they become older and/or infirm. Some people are therefore considering alternatives in Mexico, where the cost of care is a fraction of that in the US.
Mexperience: Retirement, Healthcare in Mexico

AZTECS
The Aztec people were certain ethnic groups of central Mexico, particularly those groups who spoke the Náhuatl language. They dominated large parts of Mesoamerica from the 14th to 16th centuries, until the first Spanish arrival in 1517.
Mexperience: History of Mexico
Online: Aztecs (Wikipedia)
See Also: Maya