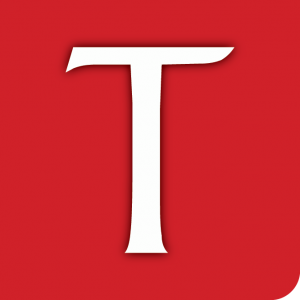 TABASCO (STATE)
The Mexican State of Tabasco is situated in southeast Mexico; the State’s northern border runs along the Gulf of Mexico. Tabasco’s capital city is Villahermosa, home to La Venta, the museum housing the famous Olmec giant stone heads. The State’s terrain is characterized by rain forests, rivers, and lakes, as this region of Mexico experiences year-round rainfall. It is one of the two States in Mexico where Cacao trees grow and thrive. (The other is neighboring Chiapas State.) Petroleum and natural gas from Mexico’s Gulf are the mainstay of its economy.
Mexperience: Villahermosa, Chocolate’s Odyssey
Online: Tabasco State (Wikipedia)

TACOS
Tacos are a traditional Mexican dish made using corn tortillas folded or rolled around a filling: usually meat, vegetable, or cheese—or a combination of these. A taco made using a wheat tortilla is more properly a burrito or, if folded over and filled with cheese, a quesadilla. Tacos are ‘finger food’ (no utensils) and are sometimes accompanied by salsa or guacamole.
See Also: Mexican Food

TAMALES
A tamal is an ancient Mesoamerican dish made of corn-dough which is steamed inside a corn husk or banana leaf. Tamales can be plain, but are usually flavored with sweet or savory fillings. Sweet tamales usually contain fruit; savory tamales usually contain shredded chicken or pork, or cheese, blended with a green or red salsa.
See Also: Mexican Food, Salsa

TAMAULIPAS (STATE)
The Mexican State of Tamaulipas is situated in the northeast corner of Mexico’s mainland, sharing a c.230-mile border with Texas in the United States to the north, and with a c.270-mile shoreline on Mexico’s Gulf Coast to the east. Its capital city is Ciudad Victoria, and is also home to several important US-border cities including Reynosa, Nuevo Laredo, and Matamoros.
Online: Tamaulipas State (Wikipedia)

TAXCO
Situated about 100 miles (160 km) southwest of Mexico City and perched on a steeply sloping hillside 5,000 feet (1800m) above sea level, Taxco (“tass-ko”) was once a silver mining town, but with its silver nearly exhausted, it’s now best known for its silver craft, as well its picturesque streets, cobbled lanes and colonial vistas. The American architect and writer, William Spratling, established the first silver workshop in Taxco in the 1930s which revitalized the then slumbering economy. Today, Taxco is one of the major tourist destinations in Mexico; tourism and the making of silver jewelry and goods are its principal economic activities.
Mexperience: Taxco
See Also: Colonial Cities

TAXIS
You will find a plentiful supply of affordable taxis across Mexico’s cities, towns, and villages. Taxis are either metered, not metered, charged on a ‘per kilometer’ basis, charged by zones, or hired through an App-Cab services like Uber and Cabify. In comparison to taxi fares in the USA, Canada, and Europe, getting around by taxi in Mexico is relatively inexpensive.
Mexperience: Taxis in Mexico
See Also: Transport

TEA
While coffee is more popular (and varieties more abundant) than tea in Mexico, black teas and herbal infusions can be found for purchase in shops and supermarkets across the country. The most common locally-packaged brand of black tea is Laggs. Imported Lipton tea is available at some places sometimes, and several supermarkets sell imported Twinings English teas. There are ample ranges of locally-produced herbal infusions to choose from.
Mexperience: Teas
See Also: Coffee

TEMPLO MAYOR
According to legend, the Aztecs were told by a god to find a place where an eagle stood upon a cactus with a snake in its beak, and there, to build their city Tenochtitlán, that was to become epicenter of the powerful Aztec Empire and present-day Mexico City. After excavations discovered in 1978, the Templo Mayor museum was officially opened in 1987. The eagle on the cactus with a snake in its beak remains the country’s National Emblem.
Mexperience: Templo Mayor
See Also: Archaeology

TENAM PUENTE
Set on a wooded hillside with good views of the surrounding area from its highest points, Tenam Puente was probably a western outpost during the height of the Maya civilization, dating back to 600AD. The site covers about two square kilometers (about one and a quarter square miles) and was an ancient civic ceremonial center.
Mexperience: Tenam Puente
See Also: Archaeology

TEOTIHUACÁN
Approximately 30 miles northeast of Mexico City are the ancient city ruins of Teotihuacán. Scholars in archaeology agree that this is Mexico’s—and perhaps one of the world’s—most important archaeological sites. It was once the largest city in the Americas, and during its heyday around 500 AD, its population was greater than that of Rome’s during the same period.
Mexperience: Teotihuacan
See Also: Archaeology

TEPOZTLÁN
Situated in a highland mountain valley and cradled by dramatic, copper-toned, mountain cliffs, Tepoztlán is one of Mexico’s most alluring and unique colonial towns. With a breath-taking mountainous landscape, charming town center, rich echoes of ancient civilizations, and an interesting convergence of inhabitants, the town makes for one of the most remarkable mix of colonial and indigenous experiences in Mexico. Tepoztlán is just 75 km (46 miles) south of Mexico City and 17 km (11 miles) northeast of the popular colonial town of Cuernavaca, making it an easy day-trip from the capital, although a couple night’s stay is strongly recommended to appreciate it fully.
Mexperience: Tepoztlan
See Also: Colonial Cities

TEQUILA
Tequila is Mexico’s national drink, and one of the icons synonymous with Mexico. The spirit is distilled in just a small handful of locations in Mexico; it is tightly regulated to ensure quality and enjoyed widely by Mexicans as it is by people all over the world. Tequila is distilled from the Blue Agave (ah-gah-veh) plant. As the story goes, back in colonial times, wine and brandy were in short supply, so the Spanish ordered that the Agave be processed and distilled to create alcohol. The plant is grown primarily in the state of Jalisco, with additional plantations also in the States of Guanajuato, Michoacán, Nayarit and Tamaulipas—although all tequila production takes place only in the State of Jalisco. Tequila can be enjoyed straight or with a wide variety of mixers.
Mexperience: Tequila, The Difference Between Tequila, Mezcal and Pulque
See Also: Mexican Bar

TIME ZONES
Mexico’s land territory, including the Baja peninsula, straddles an area between 23.6345° North, and 102.5528° West. To give that some time-zone perspective, its longitudinal land mass covers a distance-equivalent starting on the Pacific coast in California USA, and ending near Pensacola, Florida—thus spanning some 1,700 miles. Mexico used to have three time zones, until February 1, 2015 when a fourth time-zone was introduced for the southeastern state of Quintana Roo, home to Mexico’s most popular vacation resorts including Cancun, Playa del Carmen, and Tulum.
Mexperience: Time & Time Zones

TIPPING, TIPS
Tipping is woven into the fabric of Mexican social culture, and the practice of tipping goes far beyond the restaurant table here. In Mexico, there are many situations where a small tip is appropriate, and keeping change on-hand is essential for this purpose when you are visiting or living in the country. Tipping is discretionary, but if you didn’t receive poor service, it’s appropriate to tip enough, and tip often in Mexico.
Mexperience: Tipping
See Also: Etiquette

TLAXCALA (STATE)
The Mexican State of Tlaxcala is Mexico’s smallest State, located east of Mexico City. The State is named after its capital, Tlaxcala, and was formally admitted into the union in 1857. Agriculture, light industry, and tourism are the mainstays of the State’s economy.
Mexperience: Tlaxcala
Online: Tlaxcala State (Wikipedia)

TODOS SANTOS
Todos Santos is situated about fifty miles north of Cabo San Lucas. The surrounding area is a favorite with nature lovers of all types including hikers, wild-life enthusiasts, kayakers, snorkelers, scuba-divers, sailors, golfers, surfers and fishermen. The town features several terrific restaurants, as well as beautiful inns, and delightful shops. Those who have become disillusioned with the ever-increasing commercialization of Los Cabos find Todos Santos to be a refreshing alternative.
Mexperience: Todos Santos
See Also: Beaches

TOURISM
Mexico is among the world’s most-visited countries, and its popularity as a tourist destination continues to rise in the 21st century. Visitors are attracted the diverse range of travel experiences on offer here, including its beaches, colonial cities, archaeology, its scenic natural habitats, agreeable climates, friendly people, a diverse mix of cultures, copious varieties of food, and drinks. Mexico has the most extensive transport and communications infrastructure in Latin America—which makes its many tourist attractions accessible. Tourism is an important economic activity for Mexico, making up 10% of the country’s GDP, directly employing over seven million people, and earning the country around US$13bn a year in foreign currency.
Mexperience: Travel & Leisure, Mexico Essentials
See Also: Outdoors Activities

TRAINS
Mexico’s railway network began in the 19th century, although in the 1980s the government decided to invest heavily in road infrastructure and by the mid-1990s passenger train services in Mexico had been suspended. Today, the rail network is used primarily to transport freight and the only train passenger services (not including urban Metro systems) are ones associated with tourist routes; the most notable of these are the Copper Canyon train line which traverses the canyons, and the Tequila Express in the State of Jalisco (see links below).
Mexperience: Copper Canyon
Online: Tequila Express (Wikipedia)
See Also: Transport

TRANSPORT
From modern roads and airports, to pathways and cycle-lanes, Mexico has extensive and affordable transport systems which make getting around the country efficient. An extensive road network, substantial airport infrastructure offering competitive domestic and international flights, local and national bus networks, urban metro systems, affordable taxis (including Uber and Cabify), and vehicle rentals of various types are widely available, making Mexico one of the most accessible countries in Latin America.
Mexperience: Transport, Transport Guides

TRAVEL HEALTH
Statistics published by foreign consulates demonstrate that the overwhelming majority of visits to Mexico pass-by trouble-free. Health problems, when they arise, tend to stem from a small group of ailments which are related to the body’s adjustments of climate and local environment. When visitors to Mexico fall ill, in most cases it’s due to heat exhaustion, altitude sickness, a lack of sufficient hydration or, most usually, a combination of these. The effects often manifest as upset stomachs, headaches, dizziness and sunburn.
Mexperience: Travel Health
See Also: Healthcare

TRAVELERS CHECKS
While some people still bring travelers checks to Mexico, they are finding it increasingly difficult to cash them. Cashing travelers checks has always been a time-consuming pastime here due to the verification processes involved, and the exchange rates on travelers checks are not as attractive as those offered in exchange for foreign currency in cash or the rates applied by banks when you use an ATM.
Mexperience: Travelers Checks
See Also: Mexican Peso

TULUM
About 80 miles (129 km) south of Cancún is the small town of Tulum, best known for its ruins, which overlook turquoise colored waters and soft sandy beaches on the Caribbean coast. The nearby town of Tulum has undergone a transformation over the last decade and is now an exclusive destination featuring upscale hotels, fine restaurants, and boutique stores.
Mexperience: Tulum
See Also: Archaeology

TUXTLA GUTIÉRREZ
Tuxtla Gutierrez (“Toox-tlah Goo-Tee-Eh-Rehs”) is the capital city of the state of Chiapas. In contrast to the rest of Chiapas, it’s a modern, bustling city that is growing very quickly. Tuxtla Gutierrez became the state capital in 1892 and today is the main gateway to Chiapas for visitors, as it offers excellent road and air connections to and from the rest of Mexico.
Mexperience: Tuxtla Gutierrez
See Also: Colonial Cities