Planning & Arrangements
Mexico A-to-Z:
Day of the Dead to Durango 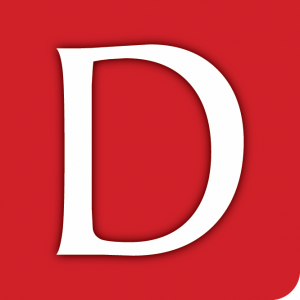 Day of the Dead to Durango

DAY OF THE DEAD
One of Mexico’s most important religious holidays is celebrated on All Saint’s Day (Nov 1) and All Soul’s Day (Nov 2): Día de los Muertos (sometimes called Día de los Fieles Difuntos) – Day of the Dead. Traditionally, November 1st honors deceased children and November 2nd honors deceased adults. Far from being a morbid event, Day of Dead emphasizes remembrance of past lives and celebration of the continuity of life. Day of the Dead is celebrated passionately throughout Mexico, and especially so in smaller provincial towns and cities.
Mexperience: Day of the Dead
See Also: Public Holidays

DISABILITIES
If you are disabled or have low mobility, Mexico can be a challenging place to get around in. In recent years, some improvements have been made to help disabled people get-around more easily in public places, and while progress is being made, you cannot expect to see accessibility levels like those in the US and Canada.
Mexperience: Traveling with Disabilities

DIVORCE
Under Mexican Law, one spouse must be legally resident in Mexico to be able to file for divorce here.
Mexperience: Divorce
See Also: Marriage, Society & Culture

DOLPHINS, SWIMMING WITH
It’s possible to swim with dolphins at many dolphin centers situated at beach towns and resorts across Mexico. Mexican laws make it illegal to capture dolphins from the wild, so all the dolphins you swim with in Mexico are born in captivity and trained for swimming with humans.
Mexperience: Dolphins
See Also: Outdoors Activities

DRIVING
Drivers in Mexico enjoy an extensive infrastructure of roads and intercity highways. Mexico has invested heavily in road infrastructure in recent times and getting around Mexico by road today is easier and safer than it ever has been.
Mexperience: Driving in Mexico
See Also: Transport

DRUGS (ILLEGAL)
The illicit drug trade in Mexico, which is controlled by several regionally-organized cartels, has been the cause of drug-related violence in recent years. Although news stories tend to present drug-violence as a “Mexico wide” issue, statistics show that most homicides take place in only a small fraction of the country’s 2,438 municipalities.
Mexperience: Illegal Drugs
See Also: Law & Order

DURANGO
The Mexican State of Durango is situated in northwest Mexico. It is a landlocked, mountainous, State situated at an average of elevation of c.6000 feet above sea-level. Durango is Mexico’s fourth largest State with one of the lowest population densities in the country. Parts of the State are heavily forested, and the topography is characterized by mountainous terrain, deep ravines and rivers; the mountains are also a source of silver, which first brought the Spanish to this region during the colonial era.
Online: Durango State (Wikipedia)
See Also: Silver