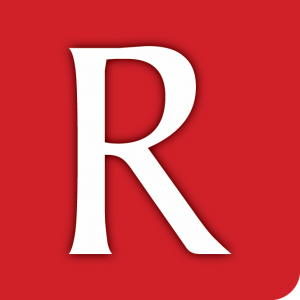 RAIN SEASON
Mexico’s rain season runs (generally) from May to September each year; sometimes spilling over into October. Although some people try to avoid visiting Mexico during these months, the choice may be unfounded as there are several advantages to being in Mexico during the rainy season.
Mexperience: Mexico’s Rain Season
See Also: Climates

REAL ESTATE
Buying property in Mexico, whether it’s land, a condo, or a house, can offer good value for money in comparison to prices in the US, Canada, and Europe, although prices in some areas have risen dramatically in recent years and care should be taken in assessing a property’s true value. Mexico’s land costs can be lower, building and maintenance is cheaper, cost of ownership (e.g. taxes, utilities) is low. Although there are ‘horror stories’ associated with buying property here (as in every country in the world), the overwhelming majority of all real estate deals go through legally and smoothly. Connect to Mexperience for extensive guides and local knowledge about Real Estate in Mexico.
Mexperience: Real Estate, Real Estate Guides
See Also: Insurance

RELIGION
Mexico’s people are predominantly Roman-Catholic, although Mexico is a religiously tolerant country which allows all religions to practice their faith openly and without fear of reprisal. Churches of all Christian denominations may be found in Mexico City and you will also find all other major faiths (e.g. Muslim, Hindu, Buddhist) represented in the capital, and elsewhere. In the provinces, Roman Catholicism is the dominant faith and most churches you visit throughout Mexico will be Catholic.
Mexperience: Religion
See Also: Society & Culture

RETIREMENT IN MEXICO
Americans and Canadians out-number Europeans who retire in Mexico by a significant amount. This is likely to do with geography: Americans and Canadians are more likely to be familiar with Mexico. People who retire to Mexico come from all walks of life. Many have had jobs either in large companies, small enterprises, or have had their own business, sold it and moved to Mexico. The reasons for moving to Mexico are as many and varied as the people who make them. It’s a personal choice, and usually one made through having known Mexico before—either in passing, with later research trips, or having spent annual holidays in Mexico over several years during their working lives. This is significant: If you are going to spend important years of your life in a country other than your own, it’s imperative that you get to know Mexico and experience it first-hand. Mexperience provides extensive guides and local knowledge about retirement and living in Mexico.
Mexperience: Retirement, Retirement Guides
See Also: Living in Mexico

REVOLUTION DAY
November 20th marks the anniversary of the start of the 1910-1917 Revolution—specifically the call to arms by Francisco I. Madero to unseat the dictator Porfirio Díaz, who had remained in power for more than three decades. 2010 marked the centenary of the event, during which time a number of special events were held, and a limited-edition commemorative $100 peso banknote (now a collector’s item) was produced. Mexico’s annual Independence Day celebrations are celebrated with vigor on September 16th each year and involve parties, fireworks, and festive gatherings, whereas Día de la Revolución is little more than another día festivo – a day off school or work – and the reflections and orations on the achievements of those years of turmoil are left almost exclusively to the political classes.
Mexperience: Mexican Revolution
See Also: Independence Day