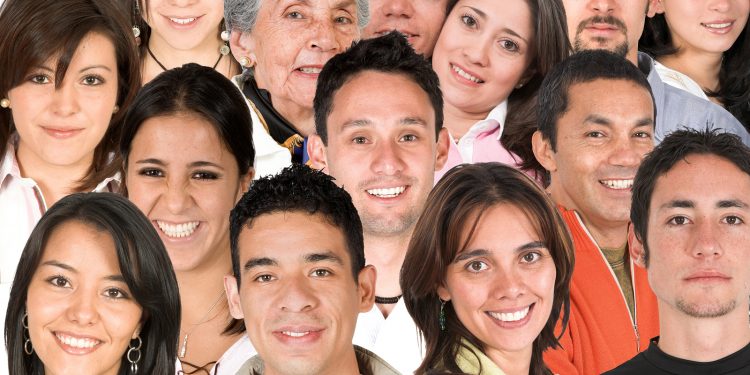 When you live and work in Mexico you’ll encounter a country that has distinct traditions, culture, language and customs to those which you’re used to in your home country.

Mexico’s business hours vary depending on the type of commercial establishment.

Office hours in Mexico are becoming similar to US office hours. See Finding Jobs and Working in Mexico for details.

Generally, shops and department stores based at malls trade seven days a week and open later in the morning (around 11 a.m.) to stay open later into the night (most close around 9 p.m.); they often stay open later at weekends. Small corner shops and independent traders will open varying hours depending on their location (some may stay open 24 hours) and some close on Sundays.

Supermarkets are usually open from 8 a.m. to midnight; a few stay open all night, but only in big towns and cities. At Christmas time, supermarkets extend their hours, usually operating 24-hour shifts to cope with the increased demand.

Some of the convenience stores, like Seven-11, Circle K, and Oxxo stay open late into the night, and a few run 24-hour shifts.

Museums close at 5 p.m., unless there is a special event or exhibition on, in which case they may advertise extended opening hours.

Bars and cantinas may stay open all day and night, or close in the early hours, usually between 1 a.m. and 5 a.m., depending on the establishment.

Night clubs in Mexico open their doors around 11 p.m. (at the earliest) and stay open throughout the night, until sunrise.

See Also: Mexico Business Hours in the Mexico Essentials Guide and
Business Etiquette in the Doing Business in Mexico Guide.

From 2006, Mexico introduced the concept of long holiday weekends by taking three important holiday dates and making the official holiday the nearest Monday to the date. The concept is similar to Bank Holidays in the United Kingdom.

The United States of Mexico is a republic governed by a congressional system where the President of the republic is both head of state and commander-in-chief of the armed forces.

Mexico is a multi-party democracy where voters nationally elect a President to serve a six-year, non-renewable, term in office.

The Federation, made up of 32 States (including Mexico City) is divided into three branches: Executive, Legislative and Judicial, as set out by Mexico’s Constitution.

The Executive branch is headed by the President, advised and supported by a nominated cabinet consisting of Secretaries of State.

The Legislative branch is exercised by the Congress, a bicameral house made up of Senators and the Chamber of Deputies.

The Judicial Branch is exercised by the judiciary, headed by Mexico’s Supreme Court.

Although there are a couple of dozen small political parties throughout Mexico, the three longest established parties are:

PAN – Partido de Accion National: Elected into power for the first time after 71 years of one-party rule, the PAN led Mexico for 12 years until the PRI re-took the Presidency in the 2012 elections.

PRI – Partido Revolucionario Institucional: The party formed a few years after the 1910 revolution and which held political power in Mexico for seven decades until the reign was broken in 2000 by the PAN, headed by former President Vicente Fox. The PRI re-won the Presidency in 2012 under the leadership of Enrique Peña Nieto.

Mexico’s Legal System, underpinned by the Mexican Constitution (wiki) is based primarily upon Napoleonic Law (wiki), although it has been transformed over the years and, like the Constitution itself, the legal system has Capitalist and Socialist characteristics blended into it.

Marriage and Divorce in Mexico

See Also: Guide to Getting Married in Mexico

Divorce: Under Mexican Law, one spouse must be legally resident in Mexico in order to be able to file for divorce here.

The Military in Mexico

Mexico’s military is made up of Army, Air Force and Navy Corps.

If you are passing-by one of Mexico’s military installations, you should avoid loitering and avoid taking photographs or video footage.

You may, at times, see army personnel guarding public buildings or demonstrating a presence in public spaces: they do not like to be photographed of filmed and will usually wave you away if you try. If you insist you may have your photography equipment confiscated.

If you are traveling by road on Mexico’s highways, you are likely to encounter, at some point, a military check-point and you may also see military patrols driving on the highways too.

Check-points are set up in random places, often (but not exclusively) along coastal roads and highways crossing remote areas. The road blocks are there to prevent the trafficking of narcotics, illegal contraband (e.g. the illegal transportation of fine woods from protected forests that do not have a licence for sale), as well as deter and intercept those involved in organized crime.

Being stopped at a military check-point may seem scary at first, but the personnel will treat you respectfully, and usually ask you to do things such as open your trunk and perhaps the hood of the vehicle you are driving. They may also make an internal check of the vehicle in addition to checking underneath it using mirrors. If they suspect foul-play they may ask everyone in the vehicle to step-out and then undertake a thorough check of the interior.

The key is to always to remain polite and calm and comply with their instructions. Check-point personnel are usually amiable and will even provide some local knowledge (e.g. directions) if you need some (you’ll need to speak Spanish).

If you are detained by the military or police for any reason, you should ask for permission to contact your Consulate for assistance.

‘The Draft’ is still practiced in Mexico and all males reaching the age of 18 must register into the conscription program and thus enter Mexico’s ‘conscription lottery’: those who are selected by the lottery to attend will need to complete a full year of military service, which in fact comprises of attending military drills at weekends and is not full-time, comprehensive military training.

Preventative Police maintain law and order and provide a security presence on the streets of Mexico’s towns and cities. Their powers are limited: they do not investigate crimes and only get involved with the Judicial Police at the request of the Justice Ministry.

There are several Police Jurisdictions in Mexico:

Municipal: Municipios are the local government delegations (similar to Counties in the USA) across Mexico’s thousands of small towns and cities outside of the Federal District (Mexico City). Municipios maintain a preventative police force only.

Mexico City: Mexico has a centralized political and economic model, and Mexico City, just as in Aztec times, continues to be the heart and hub of the nation’s political, economic and social power base. Mexico City has an estimated population of 22 million people (which includes the city proper and the greater metropolitan areas surrounding it). Because of its size and complexity, the capital maintains the largest Preventative and Judicial Police Forces in Mexico.

Judicial Police in Mexico City: Known as the PGJ (Procuraduria General de la Justicia) this force reports to the Attorney General and investigates crimes and complaints about crimes, dispatching officers to investigate them. It is organized into Judicial Police, Investigators and Specialists.

Mexico has a second Federal Police Force, known as the PFP (Policia Federal Preventiva). The Federal Preventive Police are charged with maintaining law and order at a national level and the force brings together the Federal Highway Police, Federal Banking (Fiscal) Police, and Federal Immigration Police.

Special Forces: Mexico has several special forces including an Emergency Rescue Squad, a Task Force Squad (dealing with terrorism and bomb threats) and a so-called “Alfa” force which deals with Organized Drug Crime.

Crime statistics ballooned in Mexico during the 1990s; some studies suggest that the economic crisis of the mid 90s and the crack-down on organized drug trafficking were some of causes of the sudden increase in crime.

Since then, Mexico’s economy has stabilized and a number of police-related security organizations have been brought into being by congressional decree (like the Sistema Nacional de Seguridad Publica) to help alleviate insecurity.

Kidnapping became an infamous problem in Mexico for a time, and still remains a concern in some areas, especially “express” kidnappings where a victim is held for a short period of time — usually long enough to force money to be withdrawn from an ATM for example — and then released. Most major kidnappings involve rich people (or their family members) in hope of extracting a ransom from the victims.

The biggest reported crimes are robbery and petty theft (e.g. pick pocketing and bag snatching). Violent crime is actually very rare in Mexico outside of Mexico City and even rarer for foreigners to be involved when it does happen.

Most violent crime in Mexico revolves around organized crime and especially drug crime: territorial and other disputes often end up in bloodshed in the drug trade. Of late, places like Ciudad Juarez, Tijuana and Acapulco have been in the news due to drug-related violent crime; however innocent tourists and foreigners have not been left by-and-large untouched the incidents.

Crime reporting levels, and prosecutions from reported crimes, are very low in Mexico. Notwithstanding this, if you become a victim of crime in Mexico, you should report it to the police (you will need to file a police report to claim on any insurance you may have) and, in the unlikely event that you become the victim of a serious crime, you should contact your consulate, too.

Mexico’s people are very religious and predominantly Roman-Catholic, although Mexico is an open and extremely tolerant country which allows all religions to practice their faith openly and without fear of reprisal.

Churches of all Christian denominations may be found in Mexico City and you will also find all other major faiths (e.g. Muslim, Hindu, Buddhist) represented in the capital, and elsewhere. The district of Coyoacan, in Mexico City, is well-known for its extensive numbers of theological book stores covering virtually all religions and beliefs.

In the provinces, Roman Catholicism is the dominant faith and most churches you visit throughout Mexico will be Catholic.

In rural places with strong indigenous roots, for example, in San Juan Chamula, you will also find religious orders which are a blend of Catholic and Indigenous beliefs.