Planning & Arrangements
Fresh Views on a Windy Day in March 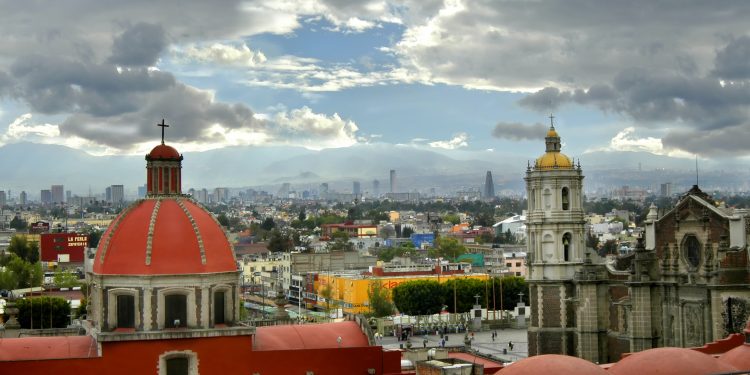 On a clear day, and there are plenty of clear days in windy March, certain points of Mexico City afford a fine view of the surrounding mountains. What the clean air also reveals is that just about every nook and cranny in the folds of the hills has been built up—with the homes ranging from the ramshackle to the stately.

Those flying into the country’s capital, whether by day or night, will also notice that the urban sprawl has spread well beyond the valley. Places that used to be quite rural — Xochimilco, for example — while maintaining their small-town feel, have been engulfed by concrete, and to get there you never leave the city.

Cerro de la Estrella, a hill sat in the middle of Iztapalapa borough, and the site of the annual Via Crucis enactment, was once an hour or more walk across the barren fields of Culhuacán. Now it’s an island in a sea of asphalt surrounded by some rough neighborhoods, and you can get there on the Metro.

Some elegant avenues, such as Miguel Angel de Quevedo that runs past the supposedly bohemian Coyoacán neighborhood in the south of the capital, has long given up its aesthetic virtue to make way for traffic, and Avenida Insurgentes, an erstwhile hub of commerce, boutiques, restaurants, and nightlife, has been intruded upon by the eminently practical, but at the same time obstructive Metro Bus line.

Mexico City’s expansion at the edges has been varied over the years. On one hand, those who could afford to have services installed in the unoccupied spaces away from the hustle and bustle of an ever-busier metropolis were quick to acquire relatively cheap land and build on the hills.

Another source has been waves of people arriving from the provinces in search of work who settled wherever they could find affordable accommodation. That was often on the fringes, further afield even than the older and well-established suburbs, creating shanty towns in some places. Occasionally the migration goes the other way. Sante Fe to the west of the city — once better known for its garbage tip and mean surroundings — has a large and growing population of spanking new shopping malls, pricey high-rise apartment blocks, and corporate offices.

The traditional move from inner city to suburbs, and subsequent remodeling and repricing of inner city property, has also occurred to some extent in Mexico City. Young people with means have been moving back into the neighborhoods of Roma, Polanco, Condesa, Nápoles, and Del Valle.

As with new technological products, which are first shown off by the wealthy until mass production starts and prices, inevitably, come down to the levels that middle and then working classes can afford, so trendy neighborhoods go through a kind of life cycle. The proliferation of night life brings with it more people, prices come down, and exclusivity diminishes. Slowly but surely, the monied classes move on to something new, the old favorite hangouts become run down, and the process starts over again.

In residential areas, another aspect of this neighborhood cycle appears to have something to do with the lack of an active secondary housing market. Families usually buy homes for life, and as new generations move on, the neighborhoods empty out until there’s no one left but the elderly and the few straggling offspring.