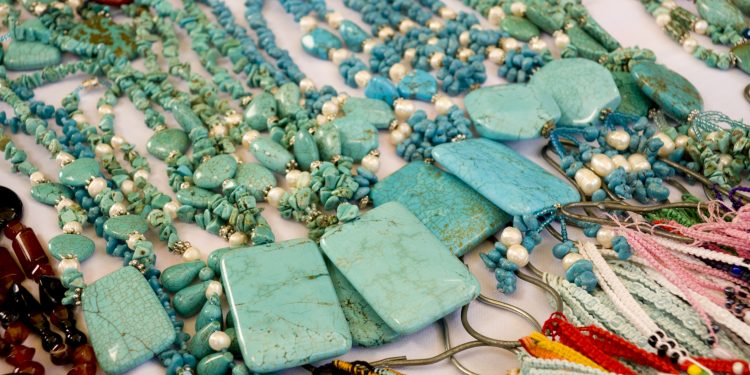 Marianne Carlson leads a non-profit organization whose purpose is to bring people’s attention to indigenous Mexican artists and enable them to reach out to potential collectors of their unique crafts.  In this article, Marianne explains how the organization came about and how Feria Expocision del Arte can help you to find and acquire unique hand-crafted artworks from Mexico. This year’s event takes place in November…

Feria Maestros del Arte is an art show conceived from a trip in 2002 when a friend and I took a “four-day-adventure-shopping trip” to sixteen artisan villages between Ajijic and Pátzcuaro, in the state of Michoácan.

We knew that most of the incredible art we were seeing was not being sold anywhere in our area because as collectors, we would have seen it. Many artists live in remote areas and it is difficult and expensive for them to attend shows to sell their work.

I felt strongly that these talented, creative, people needed a continuous outlet to sell their work. Mexico’s art is disappearing because artists cannot sustain a living on their art alone. The thought of this trend continuing was more than my heart could bear — something had to be done.

I decided to organize a venue where artists could sell their work and all the money they made, they kept — no booth fee or percentage of sales would be charged, and they have no lodging expenses because of our “Hosting Program” where they are placed with local families for the three days they are at the show. All they would need to do is get to the show.

The first Feria was held in 2002 and I invited thirteen artists.

Last year, a total of sixty-nine artists from the states of Chihuahua, Chiapas, Oaxaca, Mexico, Hidalgo, Puebla, Veracruz, Michoacán, Jalisco, Guanajuato, Guerrero and Yucatán gathered together in Chapala, Jalisco, Mexico to exhibit and sell their art to collectors, galleries, museum buyers and the general public.

A legal Mexican and US non-profit organization, Feria Maestros del Arte is organized by an army of volunteers; there are no paid personnel. For the show to be a viable venue for artists to sell their work at trade prices, as stated above, they are charged nothing to attend. In 2009, a grant from the U.S. even paid the artists’ travel expenses — it was the first year they didn’t have to pay a centavo to attend the show.

Educating the public to the plight of Mexican indigenous and folk art is a high priority of Feria Maestros del Arte. Bringing these artists to the public’s attention increases knowledge of Mexico’s history and heritage issues. Our project enhances the identity and traditional values of Mexico and contributes to the rescue and preservation of its art.

If you would enjoy seeing Mexican folk art at its best, consider traveling to Mexico for Feria Maestros del Arte this fall; this year’s event is being held between the 16th and 18th of November. I can assure you, this is a very safe area of Mexico — the largest expatriate population in the world lives here. It is also one of the most beautiful areas of Mexico situated on Mexico’s largest lake, Lake Chapala, less than one hour’s drive south of Guadalajara, Mexico’s second largest city.

We have some of the finest restaurants you may ever have experienced and wonderful B&Bs. Information about this area, as well as artists’ web pages with photos of their works, can be found on our website.

Contact Marianne
Marianne Carlson, coordinator and founder of the Feria can be contacted at mariannecarlson@gmail.com or by calling +52 (376) 765-7485.