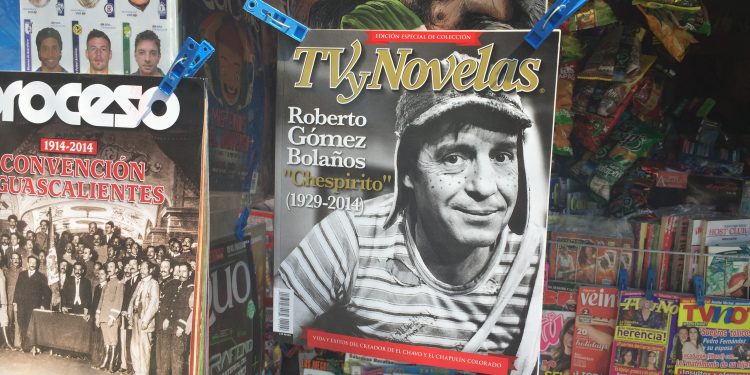 One of the things that went out the window as Mexico modernized was stifling censorship of the airwaves, particularly television. For things like news, this is no doubt a good thing (although one would be hard-pressed to show that people are any better informed now than they were, say, 30 years ago).

One genre that suffered from its new-found freedom was television comedy. The funny men of the small screen were allowed to start using mild expletives, which they took no small advantage of, and now it seems that one out of every two sketches is a variation on the joke about the milkman.

It wasn’t always so. Some of Mexico’s best comedians honed their skills in an environment of strict censorship.

Manuel “El Loco” Valdés was fined and suspended —”frozen” is the term used by the TV masters — reportedly at the government’s behest, for a cheeky reference to 19th Century President Benito Juárez which today no one would even blink at.  The late great football commentator Angel Fernández — famous for shouting “gooooooooooool” at great length and for finding nicknames for players and teams —was reportedly suspended for criticizing another country’s national anthem.

One of the most popular television comedians was the late Roberto Gómez Bolaños (1929-2014), known by his screen name as Chespirito —”little Shakespeare” — and whose characters include “El Chavo,” “El Chapulín Colorado,” and the small-time crook “Chómpiras,” alias Aquiles Esquivel Madrazo. The Chespirito shows, a mixture of slapstick, puns, and general silliness, were successful years back and merited their re-runs in the 1990s.

Los Polivoces was a popular show of the late 1960s and early 1970s. Chucho Salinas and Hector Lechuga offered some subtle—it had to be subtle back then—political satire in the early 1980s.

Another successful comedy show was La Caravana, which ran in the early 1990s with Victor Trujillo and Ausencio Cruz, whose variety of sketches and characters— Brozo the clown, Margarito the loser, and others—were the most creative of the time.

Scenes from these programs can be found on YouTube, and it doesn’t take long to figure out that at present there’s nothing on television to match them–censorship or no censorship.