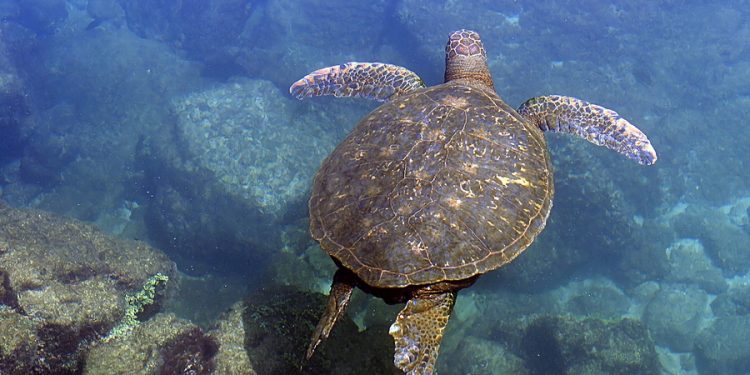 Sea Turtles are found in all of the world’s oceans, with exception of the arctic.  There are seven species of Sea Turtle, and six of these arrive to lay eggs each year on beaches across Mexico.

Although Sea Turtles live most of their lives at sea, the females must return to land to lay their eggs.  One of the wonderful (and mysterious) aspects of these beautiful creatures is that the females return to the precise location where they themselves were born to lay their own eggs.  It is thought that they are sensitive to, and use, the Earth’s magnetic field as a means of navigation to achieve this remarkable feat.

A sea turtle’s nest may contain up to 200 eggs.  The female will bury her “clutch” of eggs in the sand, where they will incubate for around fifty days before the eggs hatch, and the baby turtles make the often perilous journey from the beach to the ocean.  In addition to natural predators, to whom the baby turtles are easy prey as they scurry slowly along the beach from their birth nest to the water, Sea Turtles are also endangered by Man: people who would steal the eggs and baby turtles for profit as both fetch high prices on the black market.  We implore everybody visiting Mexico to desist from purchasing turtle eggs, turtle meat and any other products deriving from sea turtles.

Between July and December, the females arrive to lay their eggs on Mexico’s Pacific beaches.  As they are laid, the preservation team based at reserves along the coast monitor their local beaches to support the turtles in various way, including protecting them from unscrupulous humans.  The federal government also supports the effort by dispatching state and federal police forces to guard several beaches where female turtles are known to arrive and lay eggs and thus assist with the ongoing efforts to protect the sea turtles.

Learn more about how to experience Sea Turtle Sanctuaries in Mexico on Mexperience.