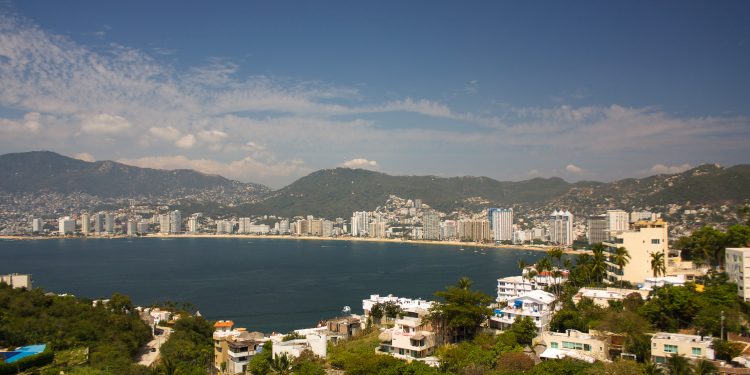 Today, most of the modern resorts and new housing developments in Acapulco are in the Diamante part of the city, situated on the airport side of the bay. The “old” part of town — going more-or-less west from downtown toward Caleta — has been somewhat shunned over the years, and is where the cheaper hotels can be found.

In its heyday, when Acapulco was the place for Hollywood stars and other members of the global jet-set to visit, the fancy places were on the old side. Some exploration around the old Acapulco goes a fair way to explaining why this was so. Acapulco Diamante is essentially flat – hence the airport – while on the other side are most of the natural attractions.

The Marina is in old Acapulco, set inside in the most protected part of the world-famous bay. The beaches of Caleta and Caletilla, now a bit seedy, are coves perfectly protected from the ocean by La Roqueta island. The island itself has several inlets which offer good places for snorkeling, and a ferry takes you there from Caleta.

On the same side of the bay is La Quebrada, where the famous Acapulco rock divers perform twice a day: once around lunchtime, and again in the eveningn, after sunset. And up the hill from Caleta is the hotel Los Flamingos, where the so-called Hollywood gang hung out. A visit to the hotel, of which the Casa Tarzan is the main suite, provides insight to the reasons for its popularity back then. The hotel looks out over some spectacular cliffs to the Pacific Ocean, and if no one is renting the suite, it’s possible to look it over, and wander down the path to the ledge for viewing.  Los Flamingos is no longer what would be considered a luxury hotel, but it has some of the finest ocean views anywhere.

The lobby offers visitors a nostalgic look back to an era now long passed, its walls covered with pictures of Johnny Weissmuller, John Wayne, and other movie stars who bought the hotel in the 1950s as a get-away haven. The restaurant-bar – which is open to the public – also has tables looking out over the ocean, and is an ideal place to spend a late afternoon watching the sun set over the sea while taking some refreshment from the cafe-bar.

In the distance is Pie de la Cuesta, known for its ferocious waves, sunset views, and beach-side restaurants specializing in ceviche – a marinated fish prepared using lime juice. Wherever you stay in Acapulco, a visit to these sights is well worth the time.

Discover Acapulco, known as the Pearl of the Pacific it's a classic destination to enjoy a beach holiday in...