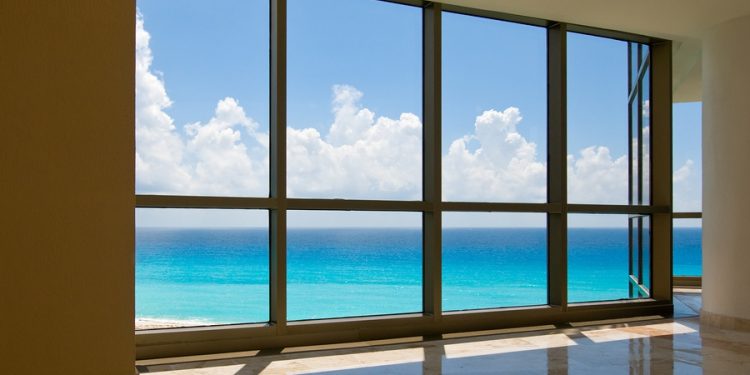 Mexico’s realty market has not escaped the world-wide downturn property, in good part due to the knock-on effects of the financial trouble which began in 2007-2008.  However, Mexico’s downturn has not been as deep nor as severe as the one in the USA, and much less so than in places like Spain—and there are specific reasons for that.

Mexico’s property ‘boom’ was never as pronounced as that of its US neighbor, or the boom that took place in some countries across Europe: booms fueled by a colossal amount of cheap money flooding real estate markets. Although credit has become much more widely available in Mexico, it has mostly come in the form of consumer credit: plastic cards, and loans for new cars.

Mortgages were virtually unavailable in Mexico before the 1990s and when they appeared, mortgage interest rates were never as low as US rates. Even today, the best deals on the market offer interest rates of around 10-11% per year which has limited the take-up and, when you add-in the setup costs—account aperture fees, commissions, and required minimum deposits of 15-25%—the market of potential mortgage holders diminishes further. Extremely low interest rate mortgage loans, “teaser” rates, no-fee arrangements, etc. never came to pass in Mexico.

Although Mexico’s residential property markets were not flooded with cheap money, the country has nonetheless been subject to property booms and busts over the years. However, it was not a contraction of credit that caused its housing crises, but rather macroeconomic issues related to the structure of its economy and the value of its currency. Since Mexico floated its currency in the mid-90s, the peso has enjoyed remarkable stability.

The most recent property ‘bubbles’ in Mexico have been brought about in good part by foreigners trading down in their home country and using the surplus cash to buy land or a small home in Mexico. Moreover, these ‘bubbles’ have been localized in their nature. For example, small rural towns whose local economies would never have supported steep rises in land and property values, were ‘discovered’ by foreigners causing the value of local property to rise there; and even popular coastal areas—Puerto Vallarta is a prime example—experienced colossal inflows of this type of capital as foreigners arrived to buy property in sought-after ocean-side locations.

Many of these purchases were left largely unaffected after the crisis which began in 2008, because the sales were completed using proceeds from the sale of assets abroad: many of the properties owned by foreigners in Mexico are not mortgaged. The price peak here in Mexico came at the point just before the market turned sour in the USA; which also marks the point when capital inflows destined for Mexican residential properties, principally derived from foreign asset sales, began to decline.

The result of all this market movement is a re-balancing process that has been happening for a while and continues now; but what is not being seen here is the wholesale collapse of the Mexican property market—and that’s in good part because Mexico did not over-build (as Spain did), and owners are not being forced to bring about stressed sales.

The present situation does, however, require existing owners—and prospective new owners—to take a long-term approach in regard to their residential property investments in Mexico. If you enter the market now hoping to sell for a profit in a year or two, you’re probably going to be left disappointed.

Mexican real estate continues to offer excellent value for money—especially along the coasts. In the USA, coastal property markets are effectively closed to all but the wealthiest buyers, whereas in Mexico coastal property is still affordable.  And further inland, across Mexico’s colonial towns and cities, prices remain very affordable and you can pick up a small home in need of some love and attention for less than the price of a luxury car in the US.

There is another important reason why Mexican property remains an attractive investment: the total cost of ownership remains very low. Property taxes, even taking-in rises over the last few years, remain materially lower in Mexico than they are in places like the USA, Canada, and Europe. Property construction costs are low, and ongoing maintenance costs are low, too.

It’s worth noting that prices remain in flux and, as we have commented before, the price of Mexican property is a very localized matter, dependent more upon local circumstances and what a seller demands vs what a purchaser is willing to pay, and far less upon any official data and statistics.

You can learn more our extensive guides to property and real estate in Mexico here on Mexperience.